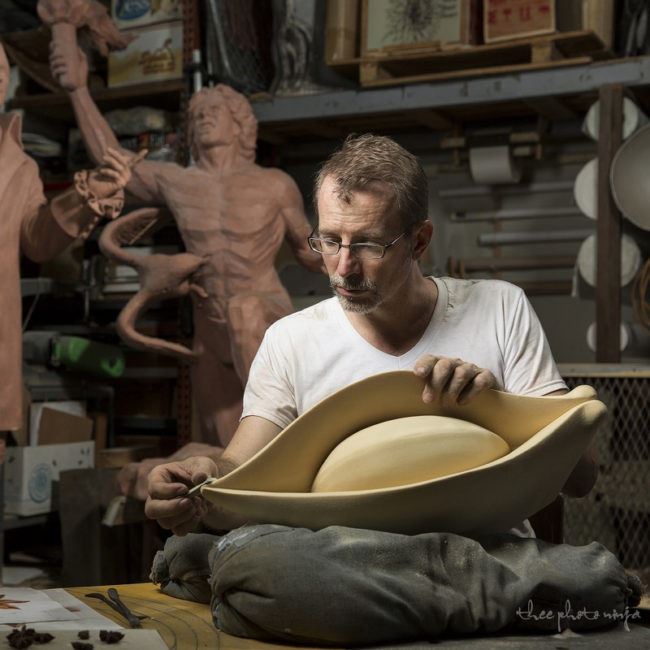 The Warehouse Arts District is bounded between 1st Avenue N and 10th Avenue S and 16th Street and 31st Street. Much of this area was industrial and populated with warehouses and small manufacturing companies. For decades the Seaboard Railroad Station (now the Morean Center for Clay) was an important link between those businesses and their clients. However, in more recent times many of the buildings sat empty and the area had begun decaying and falling into decline. Artists, always seeking studio space, saw potential in the area due to the large warehouses which were available for reasonable rent.

How it All Started

In October 2011, an informal group of artists residing in the area came together to discuss ways to combine resources and increase connectivity with the community. These initial meetings resulted in the Warehouse Arts District Association (WADA) incorporating as a 501-3C, establishing by-laws and writing a mission statement. Throughout 2012 a series of meetings was held to further explore the needs of the art community. One of the concerns dealt with increasing property values making it difficult for artists to obtain reasonably priced studio and gallery space. To address this issue, WADA began a capital fund raising effort with the goal of purchasing warehouse space, now called the ArtsXchange.

The artist members of Warehouse Arts District Association maintain their own exhibitions and shows utilizing WADA’s website and social media to promote their activities.  Members volunteer at numerous public events to promote WADA and encourage the public to become more involved in the art community. The use of the website and social media platform as a central portal for art in the community has become increasingly beneficial to the artists and the public. The Warehouse Arts District Association markets the art district and is involved in the master plan and district overlay for the various art districts within St. Petersburg. Warehouse Arts District Association volunteers staff the Second Saturday Art Walk trolley and have been instrumental in extending the boundaries covered by the trolley. We also act as an advocate for the art community representing the various artists and interfacing with the city and government entities as well as coordinating community activities.

The ArtsXchange – As the popularity of the Warehouse Arts District increased, property values increased making it difficult for artists to obtain reasonably priced studio and gallery space. To address this issue, the Warehouse Arts District Association began a capital fund raising effort with the goal of purchasing 50,000 sq. ft. of warehouse space. Private and public fundraisers were held which raised $350,000 for the down payment including a $75,000 donation from the City of St. Petersburg.  In December 2014, the Warehouse Arts District Association was able to purchase a compound of 6 warehouse buildings that will be renovated into affordable working studios, galleries, classrooms and performing space.  Read more here.

Boundary Markers – We worked to replace the Dome Industrial Signage with Warehouse Arts District signs in order to designate the area as an arts district. This was accomplished in early 2020.

Restore Arts Funding at the County Level – WADA has been working with Creative Pinellas and the Pinellas County Commissioners to restore arts funding recently receiving agreement that $300,000 will be earmarked for the arts in 2016.  Read more about Creative Pinellas’ proposal as well as the outcome.

Art on the Trail – The Warehouse Arts District Association is working with the City and County to improve the Pinellas Trail both visually and with safety concerns.